A mosque is a place of worship for followers of Islam. Muslims often refer to the mosque by its Arabic name, masjid, Arabic: مسجد‎ — pronounced [ˈmæsʤɪd] (pl. masājid, Arabic: مساجد‎ — /mæˈsæːʤɪd/). The word "mosque" in English refers to all types of buildings dedicated for Islamic worship, although there is a distinction in Arabic between the smaller, privately owned mosque and the larger, "collective" mosque (Arabic: مسجد جامع‎, masjid jāmi‘), which has more community and social amenities.
The mosque serves as a place where Muslims can come together for salat (prayer) (Arabic: صلاة‎, ṣalāt) as well as a center for information, education, and dispute settlement. The Imam leads the prayer.
They have developed significantly from the open-air spaces that were the Quba Mosque and Al-Masjid al-Nabawi in the 7th century. Many mosques have elaborate domes, minarets, and prayer halls. Mosques originated on the Arabian Peninsula, but are now found in all inhabited continents.

When visit Saudi Arabia , surely we’ll find the sacred place In Islam , the Mosque of the Haram , to which all Muslims , insofar as they are able , to sake the pilgrimage once in their lifetime.

The building consists of a vast irregular colonnade surrounding an open courtyard in the center of which is the Ka'ba .

It is towards the Ka'ba (a cube-shaped chamber measuring 13m .11m , more than 16m high) that all Muslims turn in prayer five times each day . Muslims believe that the Prototype of the Ka'ba was designed by the Prophet Ibrahim .

Mosque of the Prophet (Medina)

Only the Mosque of the Haram at Mecca is more revered than this mosque . In 622 , after reaching Medina, Prophet Muhammad laid out a rectangular mosque next to his house ; and when he died , the Prophet was buried under the floor of the house . IT was enlarged in the Umayyad Period . 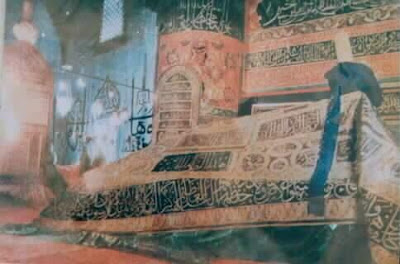 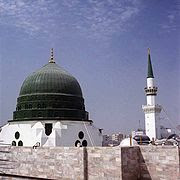 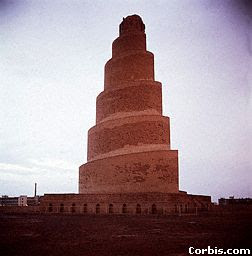 This is one of the biggest Mosques in the Islamic world; however only its brick enclosure wall now survive together with the spiral minaret.

The Mosque is one of the most holy places in Islam after the Mosque of the Haram and the Mosque of the Prophet .It was the first Qibla in Islam before the Mosque of The Haram. In its present form, the mosque is capable of holding about three thousand people. It has been substantially reconstructed six times and has been subject to major repairs on three further occasions. The mosque is similar in many respects to its contemporary, the Great Mosque at Damascus.

Dome Of The Rock

The Dome holds a unique position in Islamic architecture history as the first Muslim monument of stuctural , decorative and volumetric maturity. It was commissiond by the caliph (Abd al-Malik).
Posted by bmt65 Unknown at 4:56 AM

Labels: Description about Mosques of the World That Are most Sacred Places for Muslims